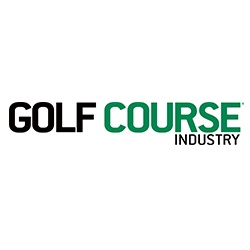 Ryan Surette, superintendent at Mystic Golf Club in Ontario, Canada for just over a year, inherited a problem from his predecessor - greens that were very overwatered, thatchy and full of black layer and moss. He was constantly battling localized dry spot.

“I had no vertical movement of water and the surfaces would puddle with even a two-minute syringe cycle on the greens,” Surette said.

He brought an effective weapon with him from his previous course – AQUA-AID.

“I have been using PBS150 and OARS for several years now,” Surette said. “OARS, I have been using basically since its infancy and always have had outstanding results with the product performing just as I was expecting. My localized dry spot issues have always been easy to manage and the surfaces remain firm and fast with water moving where I want it to go.

“I started using PBS150 at my past two courses as a tool to manage irrigation efficacy on fairways and tees,” he continued. “The previous courses I was at, the irrigation systems were marginal at best with one being single row quick coupler and the other being single row automatic. The course with the single quick couplers, we relied heavily on a night/morning watering crew and anything we could use to help us be more efficient was key. The PBS150 applications we used allowed us to make the most of the watering we were able to do as well as allowed us to even skip a few watering days in the heat/stress of the summer.”

According to Surette, he’s used OARS on greens and PBS150 on fairways, and is now liking the new formulation of OARS in the OARS PS.

“It has helped me be able to push the limits of my greens further than previously without having to worry about stress and high traffic,” he said, adding that his course does between 31,000 and 35,000 rounds per year. “Prior to my use of OARS at this property, the other surfactants that the prior superintendent was using were just not cutting it. The black layer on the greens was out of this world. As soon as I stepped in and made two applications of OARS, the black layer was nearly gone, and after treating the moss and algae, we are virtually free of problems, as well as keeping the surface dry, has given us a lot better results and a longer duration of our fungicide applications.

“Although we have had a very wet spring, I have noticed already with my PBS150 application on fairways that they are taking and retaining moisture in the sub soil much better than previously and the high spots are not drying out nearly as quickly,” Surette added. “It is even performing well despite the fact that we have a major thatch issue in the bentgrass fairways.”

For Surette, the outcome far outweighs the investment.

“I couldn't put an exact number to the return on investment, but between limiting hand-watering duties, increasing the efficacy of our fungicide program and drastically improving the turf quality, it easily pays for itself hands down,” he said.